We started our activity in the year 2009. From the beginning, we set a great goal for ourselves. Initially, we were three people and we rented a shop in Tehran and started repairing Peugeot French cars. Then we expanded our knowledge by taking various courses in the field of automatic transmission repair. Our customers have grown. We had to change our place of business. We went to Esteghlal Settlement. A place that was further away from the city center but created a bigger space for us.

At this time, our business needed online advertising. We launched our site and social network and expanded our activity across Iran. It was 2016 years. As time went by, our number of admissions increased. We increased the number of workers and specialists to 10. At that time, we decided to change our location and move a few kilometres to join the big Iranian car company – Iran Khodro.It was 2017. It had been a year since space had improved. The number of employees reached 4. In Mashhad, we opened the second branch, and five people worked. The number of our customers increased and we thought we would move to a much larger space.

The new space has 2500 meters. The number of staff increased to 30. It was 2018. We purchased a few kilometres below the 1000-meter space to start our third Branch. Now a 10-year-old gearboxone with three branches in Tehran, Karaj, Mashhad is ready to service.

Our place is no longer limited to Iran. 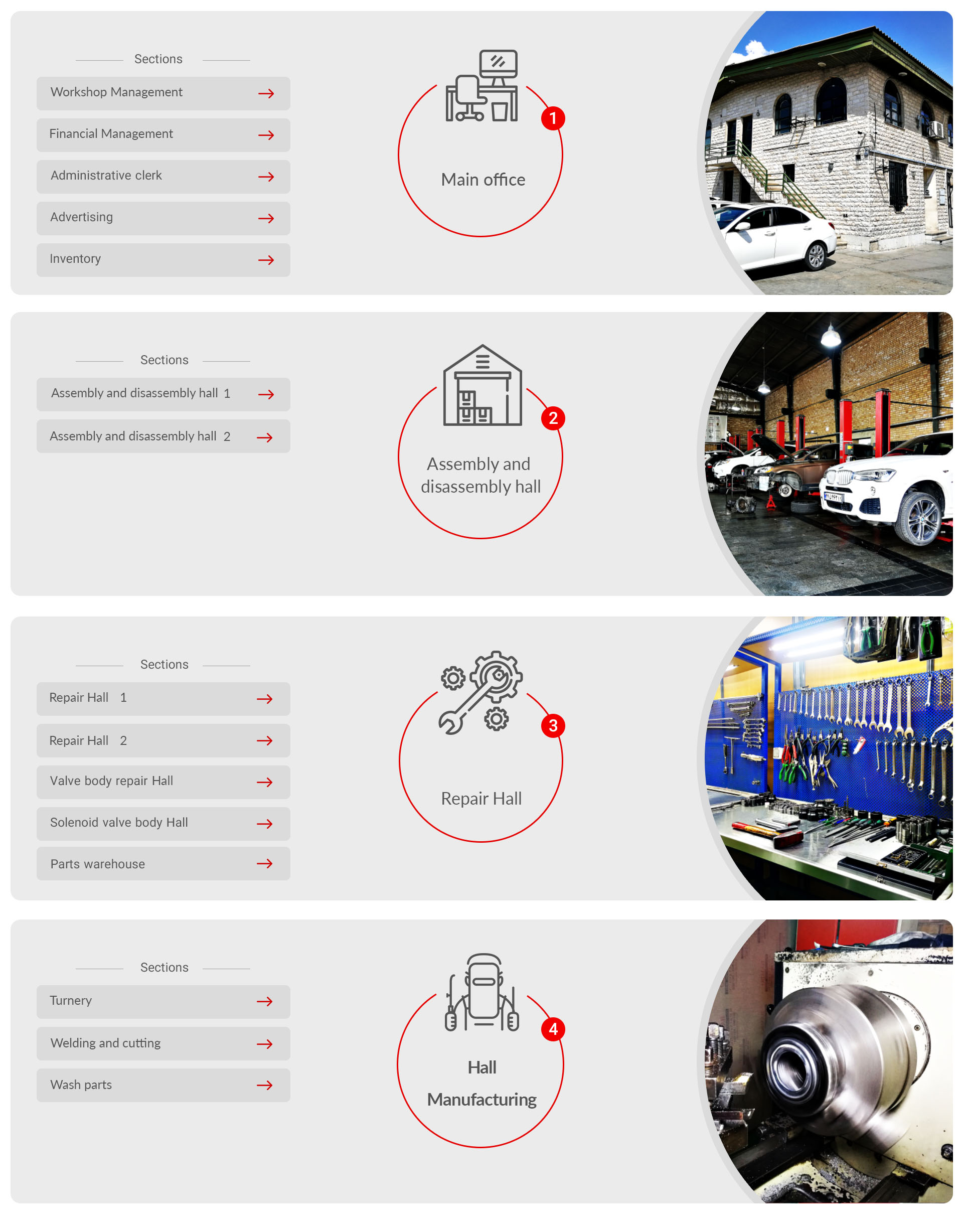